Work as we know it has transformed over the years and keeping up with the changing trends, workspace design has also undergone a transformation. Originally workspace design focused on optimizing productivity and operational smoothness. During the industrial revolution, work more often than not referred to manual labor in factories and workshops. Manufacturing was the leading industry of the time.

Prior to the 1950s, offices largely resembled factory floors i.e.: crowded liner space for the staff with sectioned spaces for the upper management usually with a vantage point for the ease of their supervision. The 1950s brought about the trend of integration, with the management recognizing the need to connect with the people on ground. “Burolandschaft” was a German concept that was all the rage during this time, it was characterized by grouping desks and functions together. It was thought that this layout would promote collaboration, conversation and interaction in turn making the process smoother and helping everyone be on the same page. From an aesthetic point of view, there was a surge in the popularity of indoor foliage, open floor plans and basic furniture. Colour schemes adopted was more monochromatic with neutral colours such as beige being prominent.

The 1960s and 1970s saw the rise of 3 walled cubicles which gave the employees privacy to work without actually isolating them, however, the biggest contribution of this decade to the present-day workspace design was the introduction of ergonomics. This age also saw the rise and fall of the cubicle layout. Large profit driven organizations adopted this cookie cutter layout in an effort to standardize their operations while chasing mass production. The iconic Hollywood drama series “Madmen” is a brilliant depiction of office design and culture of that era.

The offices of the 1980s and 1990s had to adapt to one major change; the introduction of personal computers. Unlike their sleek counterparts of today, these bulky systems took up quite a lot of space and the workspace design had to be evolved to accommodate the same.

The dotcom boom in the 2000s further revolutionized the workspace design and boosted it to what it is today. The rise of the hacking community gave birth to the concept of “Coworking” this trend was further spurred with the increasing number of freelancers, entrepreneurs and bloggers. This age saw the birth of a new working class, one which was more aware of their requirements. Organizational culture also saw a transformation in the sense that it became more people centric. Human resource grew in importance and this was quite evident. From attracting the right talent, training and retaining the same, organizations started investing heavily in increasing employee satisfaction. Traditional hierarchy made way for flat organizations and workspaces became less compartmentalized.

Office design of today was built upon the tech-driven trends of the early 2000s. Work became more fluid and flexible and collaboration became the need of the hour. This is how coworking went from being a niche concept to a globally accepted one. Coming to present day, office design largely revolves around wellbeing. Focus is placed on improving the happiness index of employees and engaging with them. Emphasis on wellbeing saw the implementation of common recreational areas in office design where employees could relax, play games and socialize. Choosing the right colour scheme is also quite important in boosting employee morale and health. Vibrant shades are gaining popularity as it is said to increase happiness and energy as compared to neutral shades like beige.

The most recent development in workspace design builds further on aspects of wellness. Biophilic design is one such trend, it incorporates natural building materials like wood into the interiors as a means of promoting wellness in the office. Another major trend in this aspect is making the work environment less artificial by using big windows or glass walls and airy spaces that let in ample natural light.

Office spaces is set to be a lucrative market going forward and the next big challenge lies in adapting old building structures to new age interiors. Taking this aspect into consideration and looking to the future, offering specialized services for office design is a promising opportunity. And, this is where coworking spaces come in, offering tailormade solutions to meet all workspace requirements while also catering to solopreneurs and smaller sized teams.

Coworking is poised to be the future of workspace design and is a sign of a new philosophy one where competition makes way for collaboration, and a community which shares resources for mutual growth. 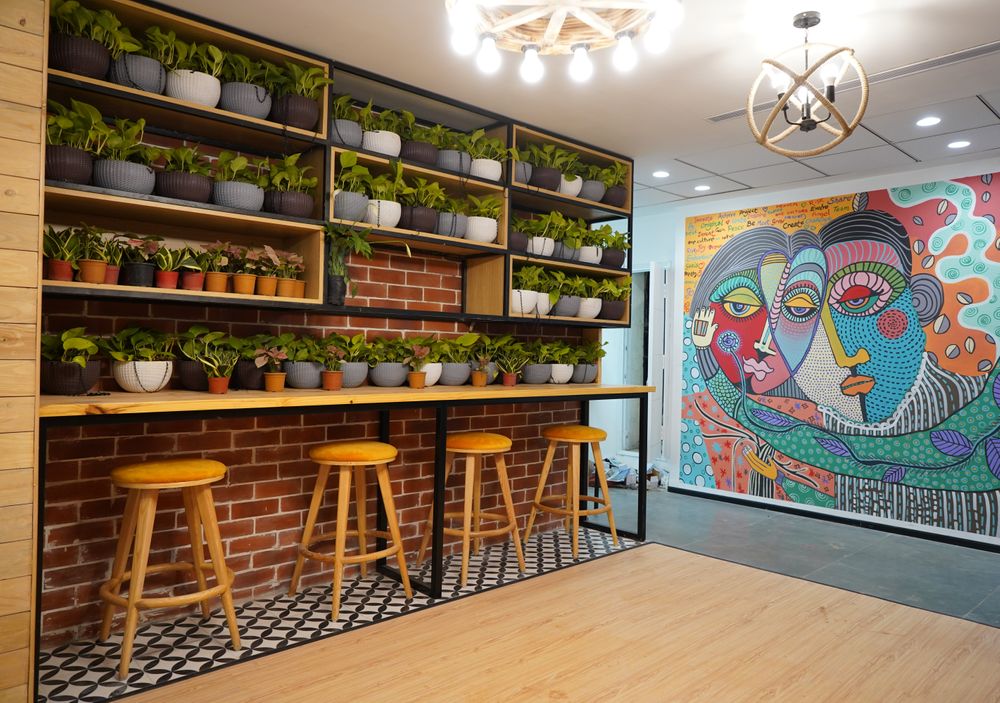 How to Go Sustainable at a Workplace – Swap Till You Drop! 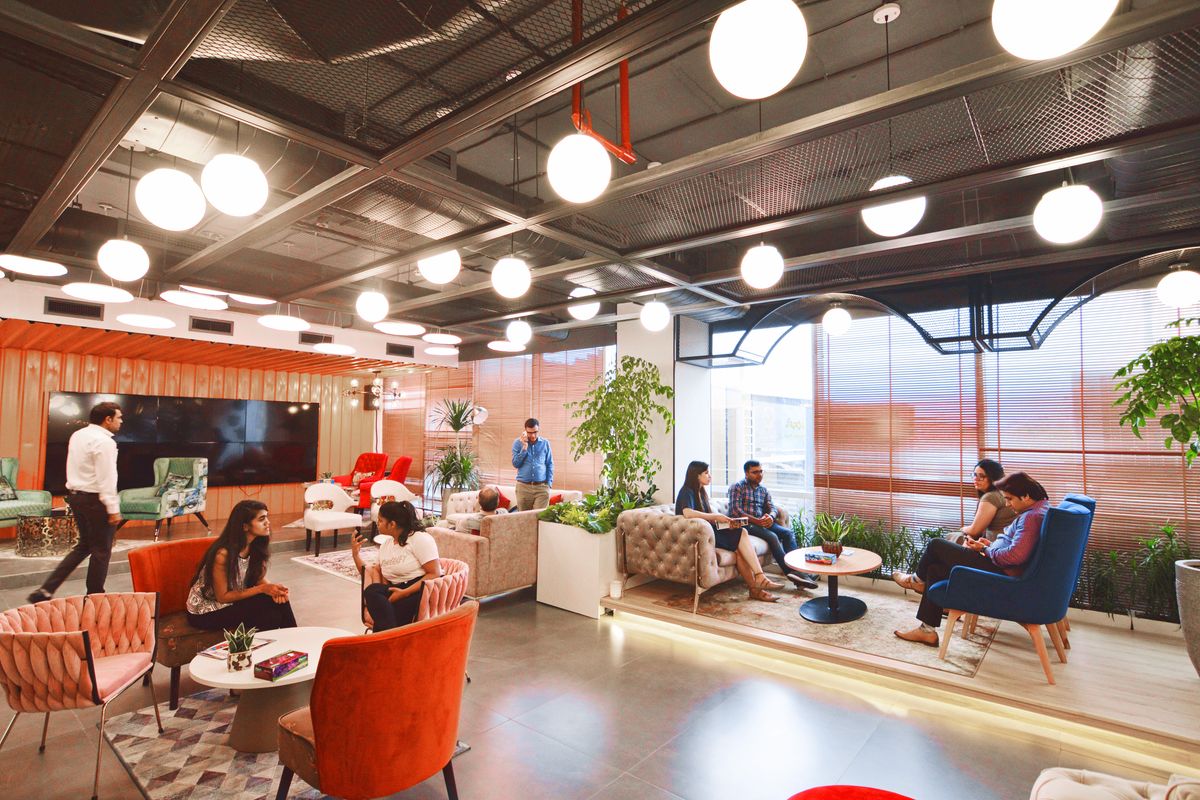 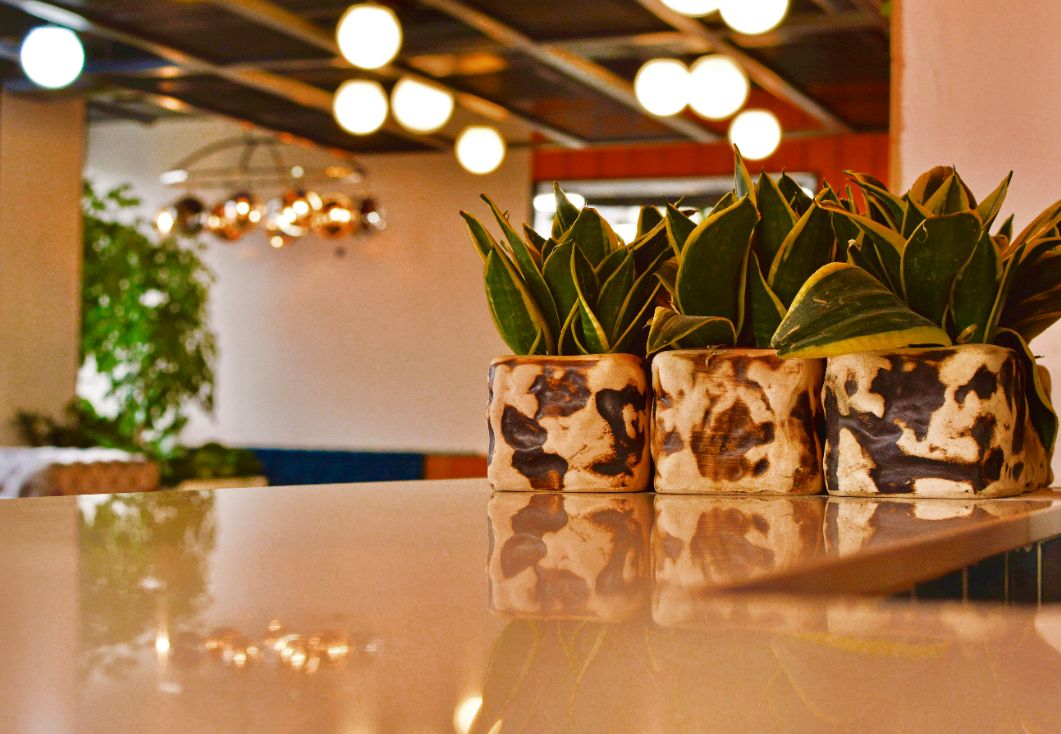